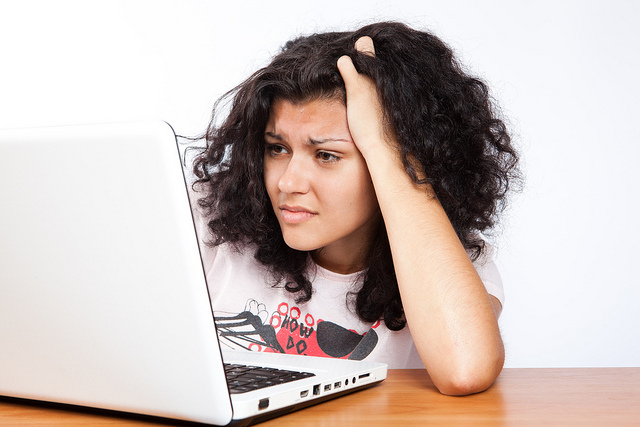 I feel like I have a pretty high aptitude for technology. I tend to be an early adopter with many technical innovations. I like to see firsthand what new technology is about so I can have an idea of how it might impact the work we do here at thedatabank. But I think I’m losing the battle of keeping up with things.

When Facebook first came on the general consumer scene, when it expanded beyond colleges and universities, I found it interesting and set up a page. I spent some time poking around the site trying figure out what is was all about. Then panic set in. I didn’t get it! Sure I understood the premise.  I studied the principles of social networking while doing my doctoral work, so I was very familiar with how networks like Facebook can grow and what benefit can be derived from them.

So intellectually I understood it, but emotionally I didn’t get it. I still don’t and that scares me because I think I should get it. At first I thought it might be a generational issue, but then I started seeing my wife spend long periods of time at her iMac laughing and typing away. Of course she was on Facebook. Clearly she got it, so why didn’t I? I mean after all I was the one that my family and friends would often turn to when they had questions or problems with technology.

I’m the CEO of a software company for crying out loud. What’s wrong with me?

After setting up my Facebook page I started getting friend requests. If I didn’t respond to these requests I would start to feel guilty, like I was letting someone down, even though I might not know the requester. My guilt started to turn into resentment. Who were these people and why are they bothering me? Somehow Facebook, without my knowing, was applying social pressures on me that I hadn’t foreseen and didn’t like.

I thought about taking down my page but then would fear I’d lose out on a whole virtual world that was taking over the online community. What would I say to someone when asked if I had a Facebook profile? I wondered if there might be a support group like “FB Anonymous” that would help me get through my issues. I repeated to myself:  “It’s OK to not understand or like Facebook”.

I watched the movie “The Social Network”, hoping it would give me some insight to finally get it. What I got was more angry and bitter. Except now my anger and bitterness had a focus, Mark Zuckerberg. What right did this punkass kid have invading my life, forcing me to do things I didn’t understand? The fact that he was portrayed in not the best light gave me some justification for my feelings.

Of course the real issue wasn’t Facebook, Mark Zuckerberg (he’s still a punk), or the “who the hell are you” friend requesters – it was me. I couldn’t accept the reality that there was a major technical innovation that I neither understood nor had any desire to participate in. And doggone it, that’s OK (thank you Stuart Smalley).

I’ve reached a level of personal peace with Facebook and with the larger issue that there’s no way I’m going to keep up with everything new in the world of technology. It doesn’t make me any less capable, or necessarily mean I’m getting too old. I still have a Facebook profile. You can go there if you want. I’m not sure why you would. You can even request to be my friend but don’t expect me to respond. I might but, I might not, and doggone it, that’s OK.

The Fortunate Technologist and CEO of thedatabank, inc.