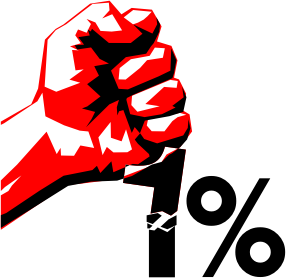 Yes, it is a shameless ploy to use the mechanics of Occupy [insert noun here] to pique your interest, but I’m fascinated by the communication style of the Occupy Movement. If you don’t know, the meeting structure is known as a General Assembly. The General Assembly has no defined leaders and relies on collective thinking to reach agreement. Although that process is worthy of it’s own discussion, one striking feature of this process is ‘the human megaphone’ (See the human megaphone below). In order for one person to be heard by thousands, a single voice makes a statement. This statement is then reshouted at the same time by hundreds of people so that the first person can be heard. It’s a practice that makes sense given the circumstances but why not have real megaphones and let the first person say what they have to say?

This struck me as being the same way that Social Media works. There is an initial network of people who receive the message but then it gets rebroadcast either through a retweet or post. In this scenario, the ‘real’ megaphone is equivalent to sending an email blast or direct mailing. Social Media has several advantages over the ‘real megaphone’:

What also fascinates me about ‘the human megaphone’ is that no one is compelled to rebroadcast a message. It’s about trust. So how can you ‘Occupy Your Nonprofit’? To me it’s about creating an online community. Remember that in order for the megaphone to work, you have to rebroadcast others messages more often than your own. In this way more people are able to hear you than if you were yelling by yourself and trust you more than if you were using a megaphone.