Lessons from social science to help you fundraise better 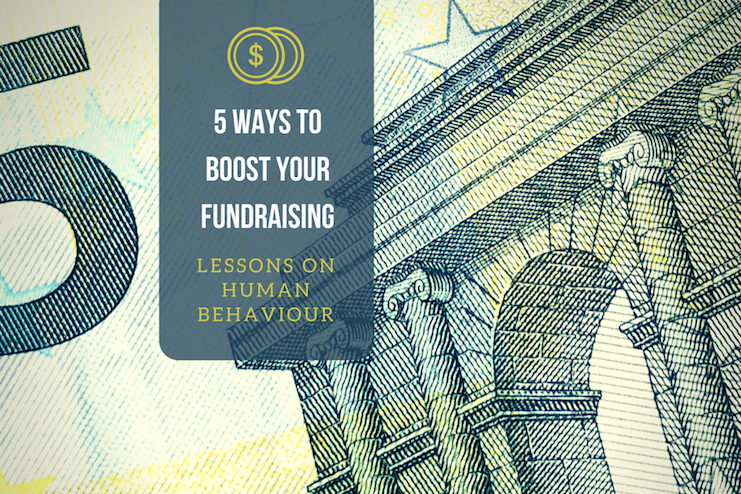 Guest post by Augustus Franklin, CEO of CallHub, a Complementary Service Provider for thedatabank. CallHub is an award winning Voice and SMS cloud based service used by political campaigns, businesses and advocacy groups.

Every fundraising campaign is in search of better and more effective ways to meet their campaign goals. For a fundraiser to be successful it is important that the campaigners strike the right chord with their donors. Below are some psychology hacks that have raised fundraising to a subtle art.

A study by researchers at Carleton University have shown that internet users make up their mind about the quality of a website in 1/20th of a second. Most donors receive their first impression about a campaign from its website. It stands to reason that a good website layout and design will help in emulating positive donor sentiment which translates to a higher chance of receiving a donation.

A donor wants to feel the positive change that their donations have. A study by researchers at Carnegie Mellon University has shown that an increased feeling of impact not only leads to greater giving, but also leads to greater emotional satisfaction from giving. Donors get the most impact from their actions towards the end of the fundraising goal (eg. Person giving the final $100 in a $10,000 campaign will feel more rewarded than the initial donors). The researchers partnered with micro-finance  non-profit organisation Kiva to measure rate of contributions over different stages of a fundraising campaign.

To maximise the returns on your fundraising campaign it should ideally have two launches – a soft launch and a hard launch. The soft launch should be used to garner your most committed volunteers and supporters into building the foundation for your campaign which includes social media attention, initial donations etc. Once the campaign has built up momentum you need a hard launch to introduce it to the public. The public now sees a successful fundraising campaign that has already made steady progress towards its goal giving them more reason to part with their money.

Research has shown that people are more willing to donate to a cause where the beneficiary is easily identifiable than for a large group or a statistic. People are more inclined to rely on their feelings than logic when making a donation. As part of their study, researchers provided participants information about a child in need of medical treatment identifying him with a name, age and a picture and compared it to when these identifying characteristics were not provided. Participants were 75% more likely to provide a donation in the first instance.

Giving a face to your fundraising campaign can yield much greater donations than providing the public with statistics about how your campaign can bring about change to a large group. Make sure your campaign highlights individual stories when reaching out to potential donors. Giving the campaign an identity the donors can connect and empathise with translates to higher donations for the campaign.

You could assume that pain and effort on the part of supporters are deterrents to a fundraising campaign. But research has shown this reasoning to be wrong. Fundraising campaigns that arranged for charity walk-a-thons and marathons received higher donations compared to donation processes that were more enjoyable. Researchers compared donations from a charity outdoor picnic, an easy enjoyable event to a 5-mile charity run, a painful-effortful event. Although these share many common features such as a sense of teamwork and a the pleasure of being outdoors, the 5-mile run raked in more donations. People tend to attribute more importance to a hard-earned contribution for an important cause believing themselves to add more value to the cause with the extra effort.

Your fundraising campaign can take heed of the Martyrdom Effect and tailor appropriate events for prospective donors. It could be anything from a charity run to an ice bucket challenge. It is up to you to come up with effortful, challenging and creative events to get your supporters outdoors and join the cause.

Studies have shown that people behave differently when they think about money as opposed to when they think about time. A study at Stanford University asked participants certain questions to measure intentions for time and monetary donations. The following questions were asked in different orders:
1.  “How interested are you in volunteering for HopeLab?”
2.  “How interested are you in making a donation to HopeLab?”

The results of the study showed that people donated more money when they were initially asked to volunteer for HopeLab. Giving up personal time for volunteering strikes an emotional chord with people associating time donated to a sense of personal experiences. This emotional response triggered in people urges them to donate more when asked for money. When people were initially asked to donate money and then later on to donate their time for volunteering, results showed lesser donations and time volunteered. It showed that when people are primed to think about money they are more focused on achieving their own ends. Their thought process is more analytical and they give conservatively.

While your campaign strategises on how to cultivate donors it should also focus on building a robust volunteer program. Asking people to donate their time can lead to higher donations in the long run.