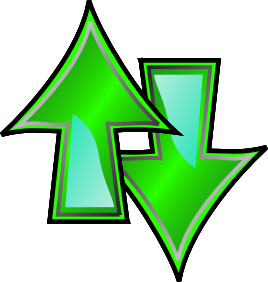 Readers, I needed a little inspiration this week. It started when I read more bad news for the nonprofit sector, in the Late Fall 2011 Nonprofit Fundraising Study conducted by the Nonprofit Research Collaborative (NRC). Here’s a gloomy excerpt from the write-up on the Association of Fundraising Professionals (AFP) web site:

Smaller organizations worse off by nearly every measure

While many nonprofit organizations saw fundraising results flat or down in the first nine months of 2011, and many are planning conservatively for 2012 budgets, smaller organizations (total expenditures of less than $3 million) are more challenged. In comparison to larger organizations, smaller survey respondents reported:

Ugh. This is so depressing that my blog editor almost forbid me to post it. Come on, people, where’s the good news?

Allyson Kapin, writing for the Frogloop Blog, pointed out a study by the American Red Cross which was like a big ray of sunshine.

According to a national poll conducted by the American Red Cross, seven out of 10 Americans plan to donate more money to charity this year even in this economic downturn for a third straight holiday season.