Are these really best practices for email subject lines? 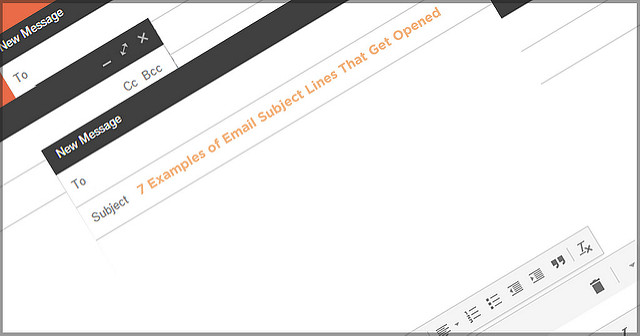 Photo by Joe the Goat Farmer

All nonprofits need and want to communicate with their supporters, but when it comes to email, there is one thing standing in your way – the inbox. In the world of email statistics, we all worship at the altar of the open rate. While open rate isn’t completely indicative of overall engagement with your mailing, it is the most ubiquitous statistic and applies to all types of mailings. Furthermore, the inbox is a very impulsive place – suggesting if you could just put the right combination of words in the subject line you could basically get something (opens) for nothing. Because of this, guides to increasing your open rate proliferate the net like ads for Viagra in your Spam box. Here’s a small sampling of Email Subject Line Best Practices summarized from other articles:

It’s always nice to get some quick tips from experts, but they seldom share the data behind their assertions. In this series of posts, we’ll look at some data to see what kind of effect these best practices have on open rates.

The data we’ll be looking at is from small to medium nonprofits who range across all nonprofit categories. The emails included all types from e-Newsletters to Fundraising Appeals to Meeting Invites. I have done some filtering of the data in order to get something more normalized. One of those filter steps is based on the correlation between the number of emails sent and the open rate. 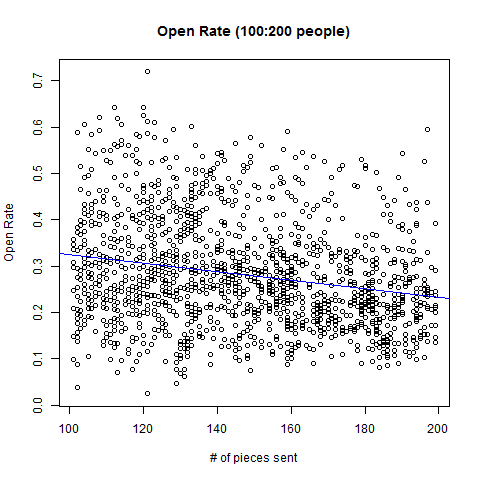 This was 6.5% higher than the open rate average of emails sent to between 200- 3500 people. As you can see though, there was a high degree of variance. 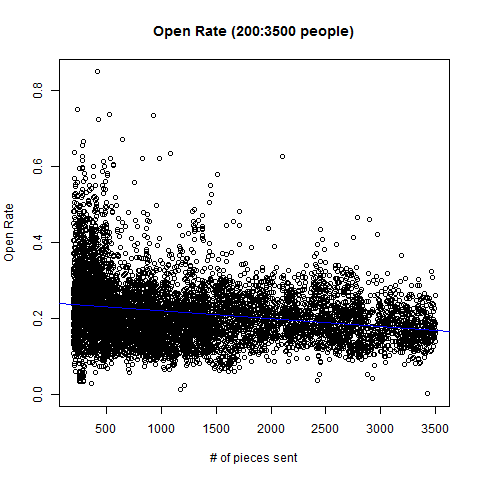 Because we will be using this data for all further analysis, I do need to point out that the dataset is positively skewed in two aspects.  One is in the number of pieces sent, meaning that there are more data points for the smaller sends.  The other is in the open rates, although this skewness is slight. 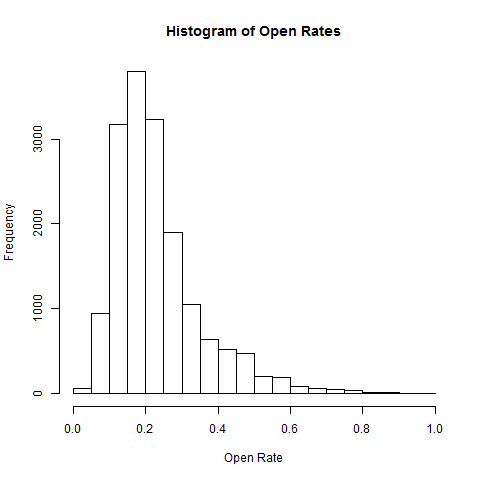 In part 2 of the series, we’ll be exploring the 200:3500 dataset to see what effect those much touted subject line best practices have on open rates. Expect more graphs!